How to Test a Power Wheels Battery

Having Issues with Power Wheels Battery?

If you’re having problems with the battery of your family’s Power Wheels, you’re definitely not alone. Trouble with the battery is one of the most common occurrences that can crop up with a Power Wheels toy. At some point during the lifespan of the toy, there’s a solid chance that you’ll run into some issues. The important thing is diagnosing what’s wrong, and getting it to work once again. There are a few different things that could be causing the battery to act up, and thankfully the most common problem is easy to fix.

Did your battery start acting up after sitting dormant for several months? If so, it’s likely that the problem is that your charger is unable to recognize the battery because it is completely drained of juice. If you’ve got the right tools, there is a quick way to test the battery and see if it’s holding a charge. All you need is a volt meter! If you’re able to buy one, or borrow one from a friend or family member, you’ll be able to quickly figure out how to test a Power Wheels battery. If the volt meter shows the battery without a charge even after it’s been on the charger for at least an hour, you’ll know that there’s an issue with either the battery or charger.

If you’d prefer to simply buy a replacement rather than work to fix whatever is going on, we’ve put a guide together that will help you out. In this Power Wheels battery charger buying guide, you’ll find our recommendations on both chargers and replacement batteries. However, if you want to learn how to test a Power Wheels battery and how to potentially fix it, we’ve got you covered as well.

A volt meter is a common tool, and if you don’t already own one, you likely know somebody nearby who does. However, if that’s not an option and you want to purchase one, you can easily find them in stores or online for around $15. For this project, you won’t need a particularly expensive or feature-packed model. Feel free to stick with the basics!

In addition to testing the power of the battery, you will also be able to use the tool to find out whether your battery charger is the problem. We recommend checking that first, because you may not even have to mess with the battery in the first place. Take a look at your charger, and you should see a label or writing somewhere on it. Take a look at the DC (it will likely be 20) and make sure to put your volt meter to the correct setting. From there, simply the electrode ends of the volt meter to the corresponding parts of the charger. You’re going to find them both in the slot that fits into the battery. It shouldn’t be too difficult to locate, and in this case you won’t have to worry about connecting positive and negative!

From there, turn your volt meter on and check out the reading. Most Power Wheels chargers are going to be 12V chargers, so you want to see a number that’s hovering somewhere around 13 or 14. If it’s a few points more, that’s no big deal. However, any less than that, and you are probably going to want to get a new charger. Some of the smaller Power Wheels models do utilize a 6V battery, so to test that charger it should be around 7V.

As stated in the video tutorial we shared above, it is important to note that the Power Wheels quick charger and other “smart” chargers are often not able to be tested this way. This is because the chargers won’t put out any power until they’re firmly connected to the battery itself. The process to test out those chargers is a bit more complicated, and will have to wait for another guide. In the mean time, here’s how to test a Power Wheels battery itself instead of just a charger.

Once you’ve made sure that your battery charger isn’t the problem, you can feel free to move on to testing the battery itself. To do this, simply take your volt meter and connect the positive end to the positive terminal and the negative end to the negative terminal. The volt meter should read somewhere around 10.5 volts or above. If it’s any lower than that, the charger won’t receive enough power to get started. In that case, it’s likely time for you to replace the battery.

If you do have a smaller red 6V Power Wheels battery, the process is just a little bit different. Because the plug has narrow slots that make it hard for the electrodes to fit, you have to carefully place paper clips in the terminal that will conduct the electricity. Be sure to do this as safely as possible, but there is no real danger to speak of. From there, simply connect the electrodes to the paper clips and proceed as normal.

Now that you’ve learned how to test a Power Wheels battery safely and effectively, you should be able to diagnose whatever problems you’re running into. If the battery charger and the battery are both giving off adequate levels, the problem instead may lie with the motor of the vehicle itself. However, if you find that the battery charger or the battery aren’t giving off the voltage they need to operate, check out a bunch of replacement options right here. This guide should help you find the right option for your vehicle, and before too long your little one(s) will be ready to climb back on and get driving once again!

If you have any other tips or recommendations you’d like to share with the community, please feel free to leave us some comments down below! 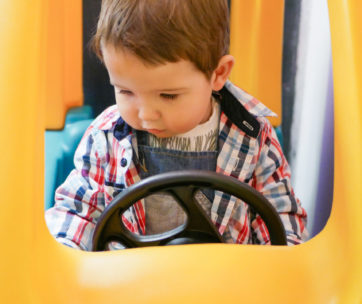 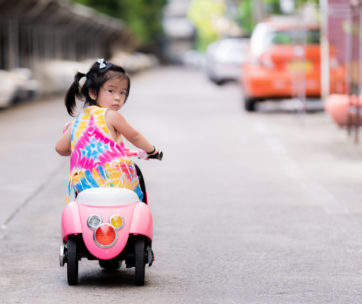 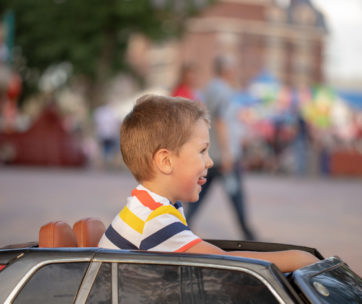